It’s often easy to get overtaken with life in the fast lane. So easy, in fact, that we often overlook the fact that the further that pedal is depressed into the floor the more gasoline we are burning up!

From reading the Electric Vehicle Discussion List a member shared an article they had written on The Green Car Website that might get you thinking about how you drive – which I’ve taken the liberty to share on here to hopefully instigate some discussion.

Driving in the summer months often extends a EV’s range

Earlier this week, UK Transport Secretary Patrick McLoughlin confirmed that plans to lower the speed limit of certain sections of the UK motorway network from 70mph to 60mph would be shelved after tough opposition from the rest of the Government.

Originally designed to cut both air pollution and congestion, the proposed 60mph limit would have been applied to a 32-mile section of the M1 in Derbyshire as well as a smaller section of the M3 motorway in Surrey. As anyone who has regularly driven either road will tell you, rush hour is something of a nightmare on both – and air quality isn’t exactly great in the neighbouring areas either.

While the proposed speed limit drop won’t happen however, there are some great benefits to switching your motorway speed down on your own terms. And you owe it to yourself to try.

As an electric car driver, I’ve become acutely aware that the efficiency of my car is inversely proportional to the speed that I’m travelling at. In fact, it’s something I learned back in 2011 when my Nissan LEAF was new and the UK’s quick charging network was in something of a protozoic state.

In short, if you drive at 70mph – or perhaps even 80mph as many people do on the motorway – your car’s fuel economy will be far less than it would be at 50mph.

That might not make too much difference to your daily driving, especially if you own a petrol or diesel car that can manage several hundred miles on a tank. But calculate it over time, and you’ll find those inefficiencies will start to make an impact.

Take the Toyota Prius, one of the most fuel-efficient hybrids on the market today. At 50mph, you might be able to squeeze 70mpg out of your green ride. At 60mph, you might find the fuel economy has only dropped a few mpg to say 65mpg. But drive your Prius around everywhere at 80mph, and you’ll suddenly find fuel economy down in the low fifties. 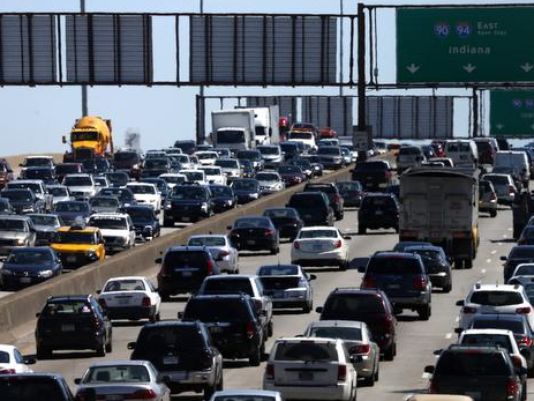 At this point, I should probably point out that the figures I’m quoting will vary according to the car you have, the weather, traffic, and the type of road you’re driving on.

Driving in the summer months often extends a car’s range

For example, most people find that they get better fuel economy in the summer than they do in the winter, because there are lower headwinds, warmer weather, and drier roads – and your car’s engine and tyres don’t take so long to get up to optimum operating temperatures. If you’ve got an EV, the same is true – but it’s related to the temperature of your battery pack and the likelihood that you tend not to drive around in the summer with the heater on full blast, zapping precious miles from your car’s battery pack.

Before you think I’m some kind of go-slow granny driver however, hear me out. I love driving fast just as much as everyone else. I love the thrill of burying the right pedal to the floor in a fit of motoring madness. I love the thrill of seeing the countryside whoosh past me. I like making those rush-hour trips home take as little time as possible.

Yet these days, I’m taking a different approach. I save my accelerator lust for racing simulations and track days, and I’ve started playing a new game with myself. A game that I find really addictive because I’m competitive, and saves me money too.

It’s called “maximizing your mpg” – or in my case, my car’s range.

First of all, I follow some basic rules. I make sure that I’m not driving too slowly for any given road, because that’s as dangerous as driving too fast. I make sure I’ve given myself extra time to make the trip, and I tend to pick something to listen to on the radio which will both help me relax but also focus on my goal: saving fuel.

Then I drive. On motorways, I’ll generally sit at 55 mph, looking ahead for hills where I can use gravity to my advantage. I’ll make sure I have plenty of time when executing a manoeuvre to not lose any momentum, which in return ensures I’ve got a larger gap between myself and the car in front.

The whole thing actually chills me out.

For the past few weeks, I’ve been driving my Volt every day using this technique, and I’ve managed to increase my car’s all-electric range from 35 miles per charge to more than 50. The petrol engine hasn’t turned on once, and I’m arriving at my destination more refreshed and less stressed than I would be were I driving at 70mph plus.

Money saved, sanity saved, and a little more time to enjoy the trip. On short trips, you’ll find that the time difference isn’t all that great either, because you’re more likely to move at a constant speed doing 55mph than you would at 70. Okay, driving at 55 means you’re covering 15 fewer miles every hour than you would be at 70mph, but what’s more important to you: being relaxed having left a little earlier, or stressed out because you’re trying to stick to the speed limit at every opportunity?

As for range, it’s something I don’t have to worry about so much any more thanks to the large numbers of EV charging stations popping up across the UK. But frankly, I’ve got used to life at 55.

You should try it. You might surprise yourself.
[© thegreencarwebsite.co.uk]