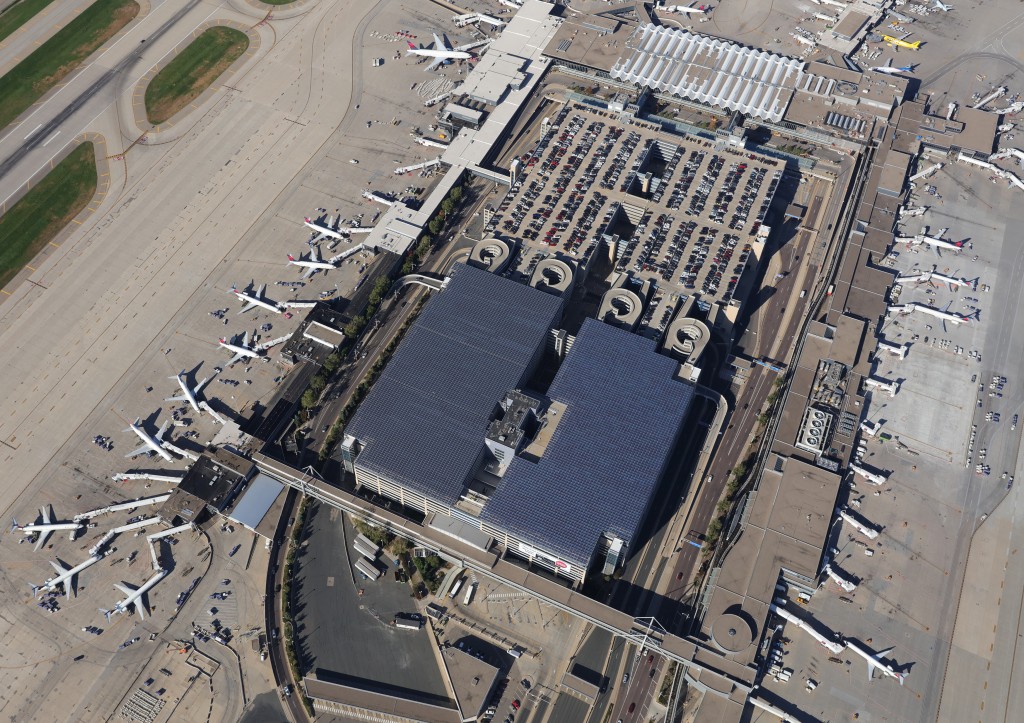 This first-of-its-kind airport project also included converting more than 7,700 metal halide light fixtures in all four parking ramps to energy-saving LED technology.  Four additional electric vehicle charging stations were installed in the ramps, bringing the total number of MSP charging stations to 18. It is estimated that the installation will generate close to 20 percent of the airport’s total peak power capacity.

“The Metropolitan Airports Commission has worked for decades to operate Minneapolis-St. Paul International Airport as sustainably as possible, investing millions in infrastructure to reduce impacts to soil, water and air quality, and spending nearly a half-billion dollars on noise mitigation around MSP,” said Jeff Hamiel, the Commission’s executive director and CEO.  “This solar project is a major step forward in use of renewable energy at MSP International Airport.”

Ameresco, a leading energy efficiency and renewable energy company, developed the solar infrastructure and LED lighting upgrade. Ameresco also will maintain and operate the system on behalf of the Metropolitan Airports Commission. 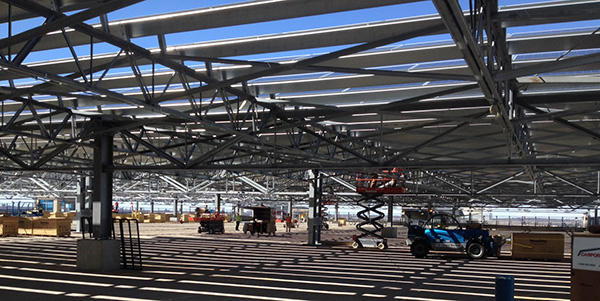 “Together we celebrate a major step forward in renewable innovation in the state of Minnesota—today the largest solar site in the state to date is now operational,” said George P. Sakellaris, President and Chief Executive Officer of Ameresco. “Ameresco commends the Minneapolis-St. Paul International Airport and applauds its leadership team for its stewardship both in pursuing renewable energy solutions for the airport as well as obtaining public-private financing to support the construction. Ameresco is honored to be a sustainability partner in this innovative project, and we take pride in contributing to local job creation as part of achieving energy savings and sustainability.”

This solar project will reduce greenhouse gas emissions by 6,813 metric tons annually. This is the equivalent of taking 1,434 passengers off the road in one year. As a result, this effort has already been recognized nationally for its innovation and partnership through awards, including the Airports Going Green Award presented by the Chicago Department of Aviation and the Minnesota Department of Transportation’s 2015 Technology and Innovation in Environmental Stewardship Award.

“We’re pleased to partner with the Metropolitan Airport Commission on its ambitious solar initiative,” said Xcel Energy Regional President Chris Clark. “As a first and last stop for travelers, the airport’s visibility showcases Minnesota’s commitment to increasing renewable energy use and improving the environment.”